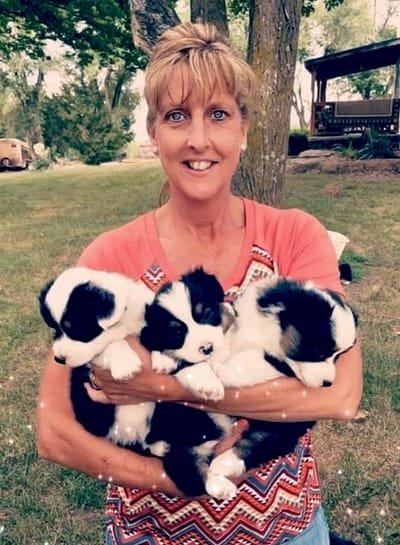 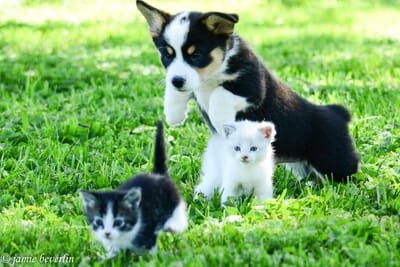 We are a responsible Pembroke Welsh Corgi breeder located in the heart of the Midwest. Our goal is to raise quality AKC Pembroke Welsh Corgi puppies while placing extreme emphasis on raising happy and healthy pets that will become a part of your family. We specialize in Fluffies. There's an article below that explains what a Fluffy is. We raise our puppies in our homes as part of the family and they will also be around a variety of animals. They will be well socialized as part of our families until they find their new, loving family with you. We make sure each puppy is matched with the right family. We will be having litters throughout the year.

Our Guy and his gals 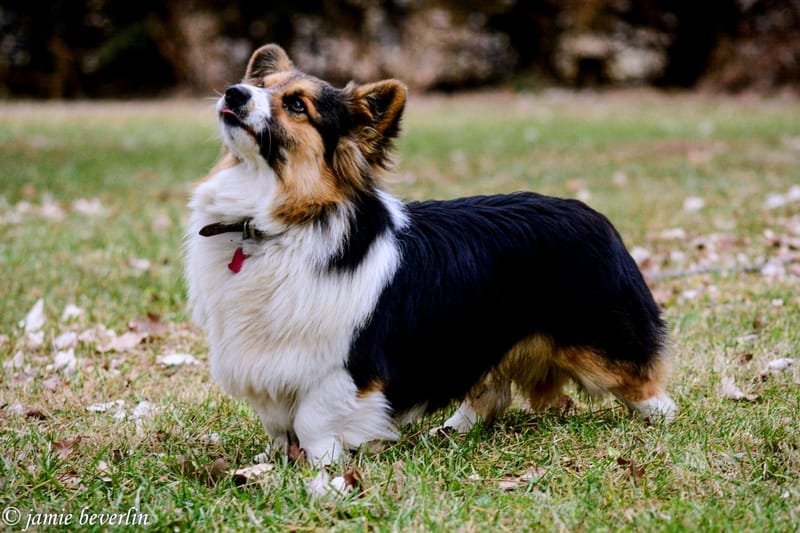 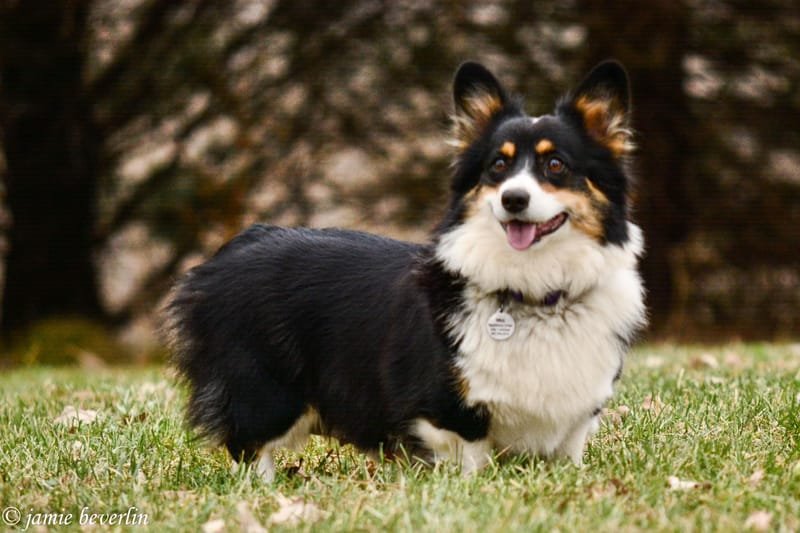 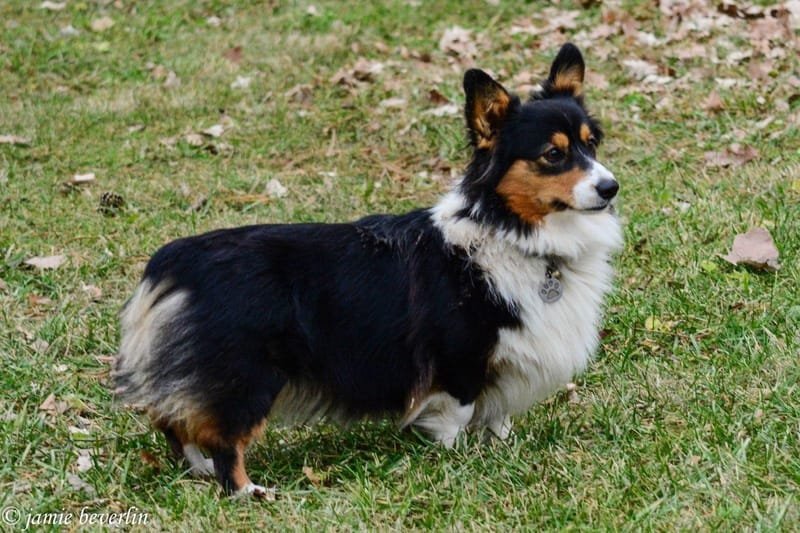 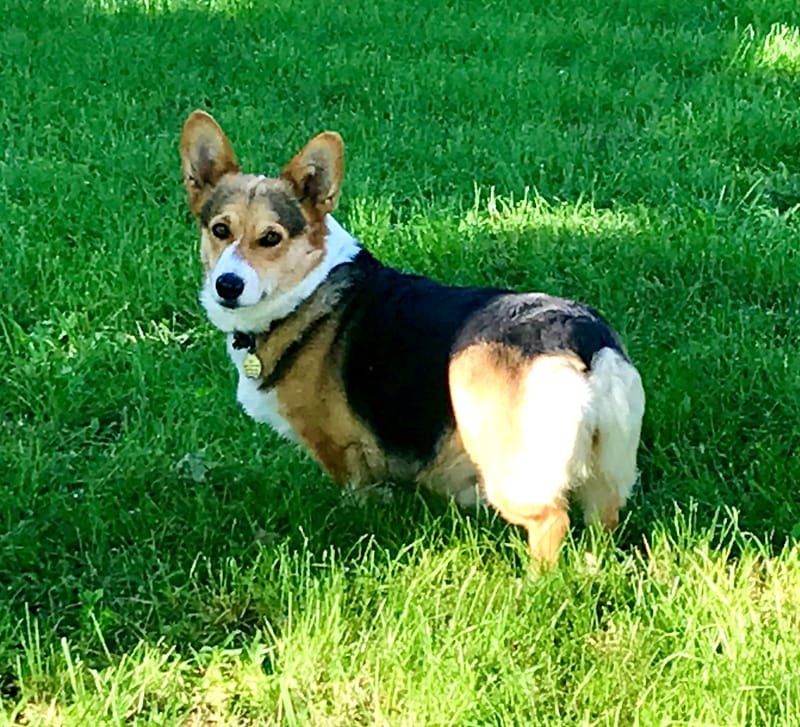 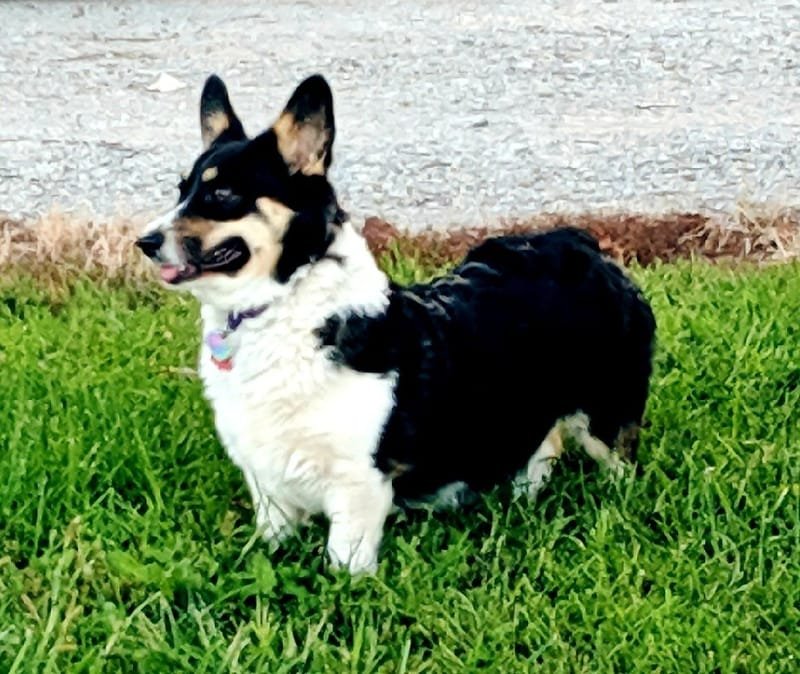 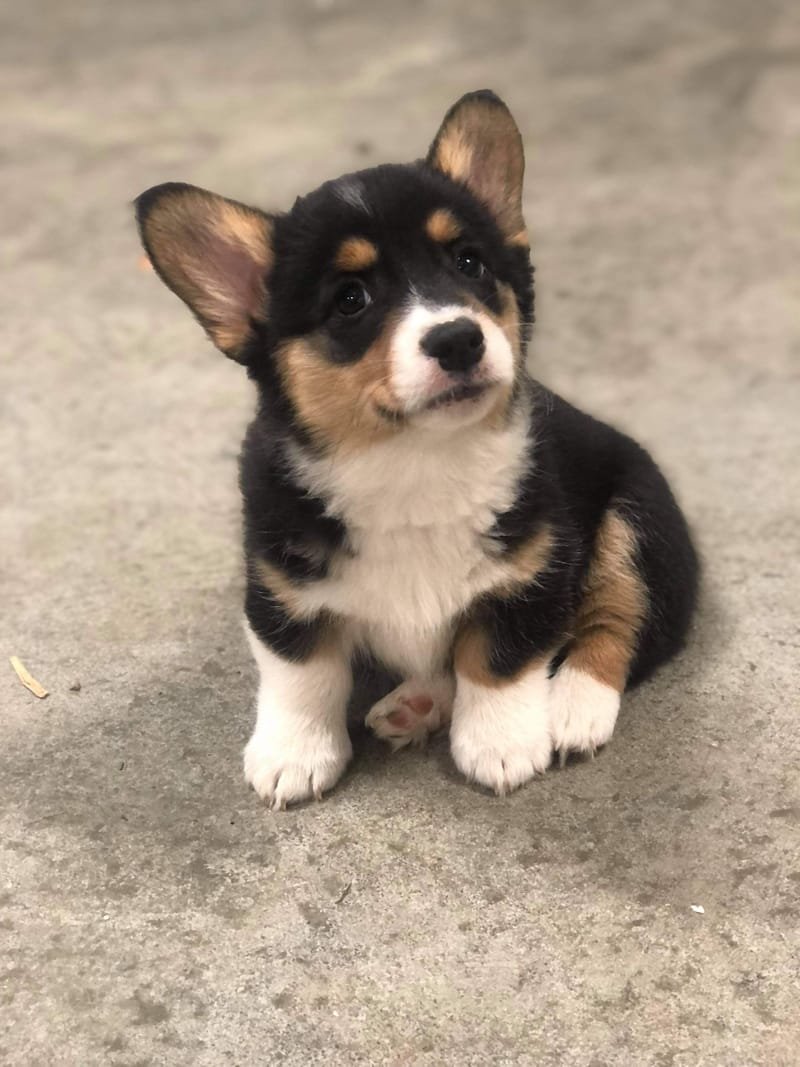 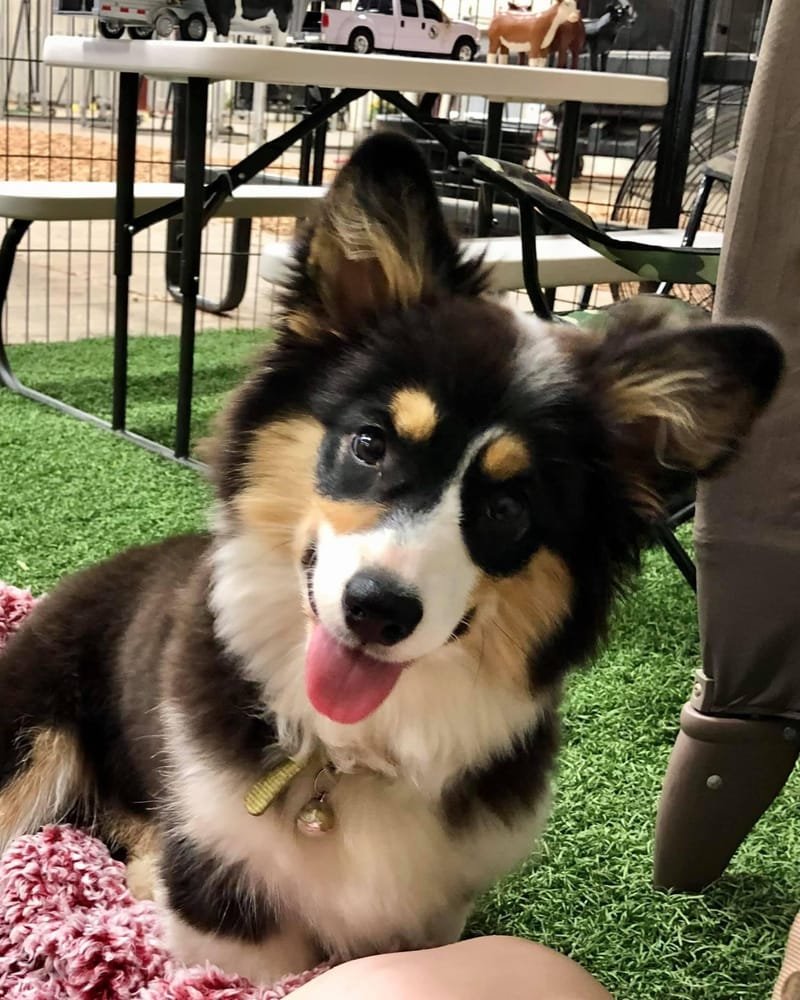 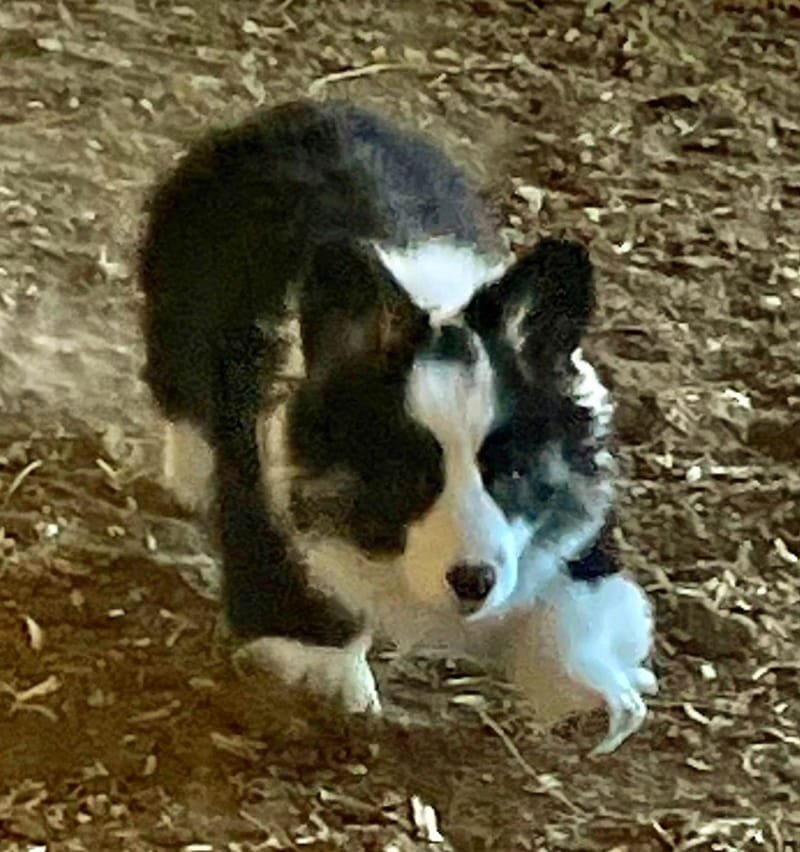 We are small breeders that specialize in quality over quantity.

SOLD: Thank you Samantha Winfrey, Missouri, for giving our Annie a loving home.

END_OF_DOCUMENT_TOKEN_TO_BE_REPLACED

SOLD: Thank you to Samantha Winfrey, Missouri, for giving a loving home to Belle.

END_OF_DOCUMENT_TOKEN_TO_BE_REPLACED

SOLD: Thank you to Lynn Hanson, Ohio, for giving Pearl a loving home.

END_OF_DOCUMENT_TOKEN_TO_BE_REPLACED

SOLD: Thank you to Derek Hughes, Missouri, for giving Butch a loving home.

END_OF_DOCUMENT_TOKEN_TO_BE_REPLACED

SOLD: Thanks to Charleen McCarthy, New Hampshire, for giving Jessie a loving home.

END_OF_DOCUMENT_TOKEN_TO_BE_REPLACED

SOLD: Thank you to the Honeycutt family, Missouri, for giving Wild Bill a loving home.

END_OF_DOCUMENT_TOKEN_TO_BE_REPLACED

They are Pembroke Welsh Corgis with a non-traditional hair coat. They have a longer coat with feathering behind the ears, on their legs, tail and in the trousers. A fluffy may or may not have a double coat. Which ultimately means most fluffies shed less. I know this doesn't make since however this is our personal experience. To recognize a fluffy it might be helpful to know some historical background. Some think that far back in the history of the breed, the Welsh Collie might have been crossed in, and that is where the fluff gene comes from. It is a recessive gene and thus makes it very difficult to breed out. 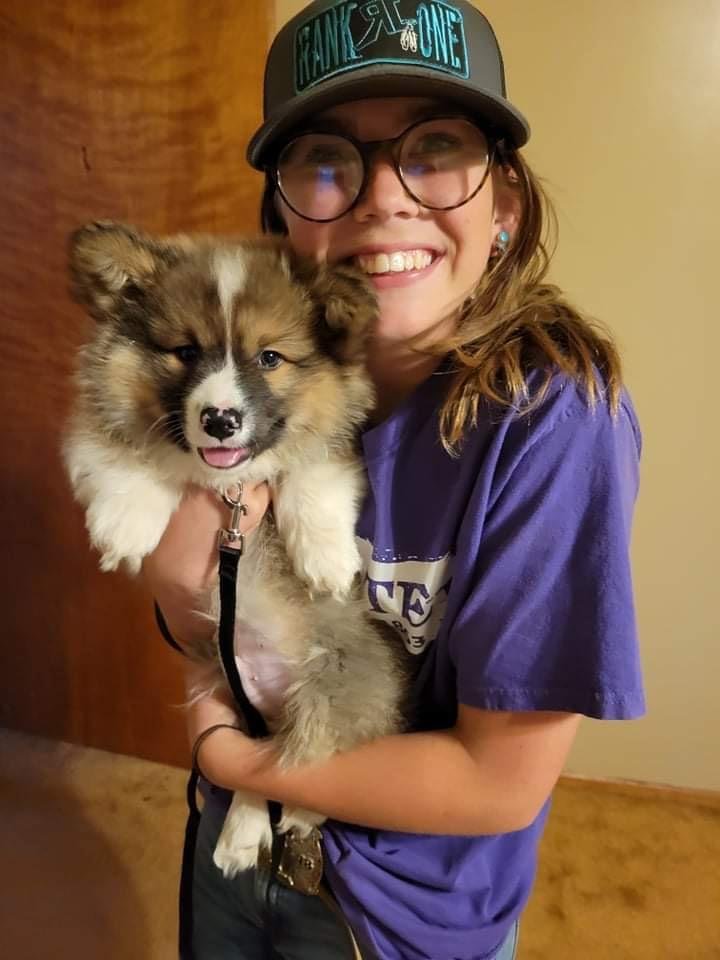 Yes it is a serious coat fault for the Show Ring. However, there is no difference in personality from a Corgi with a smooth coat. They still have the same wonderful disposition and outgoing personality. They also can participate in all AKC events they are just not recommended for conformation. Let's not forget that the fluffy coat is not a health problem, it's nothing more than another coat variety that is not accepted in the Pembroke Welsh Corgi standards and will lead to a disqualification in the Show Ring.

Fluffies still have the same pedigree and are purebred dogs. Some people love fluffies and are looking for another because they are so adorable. Others don't like them at all. It's up to you to decide whether you like them or not. 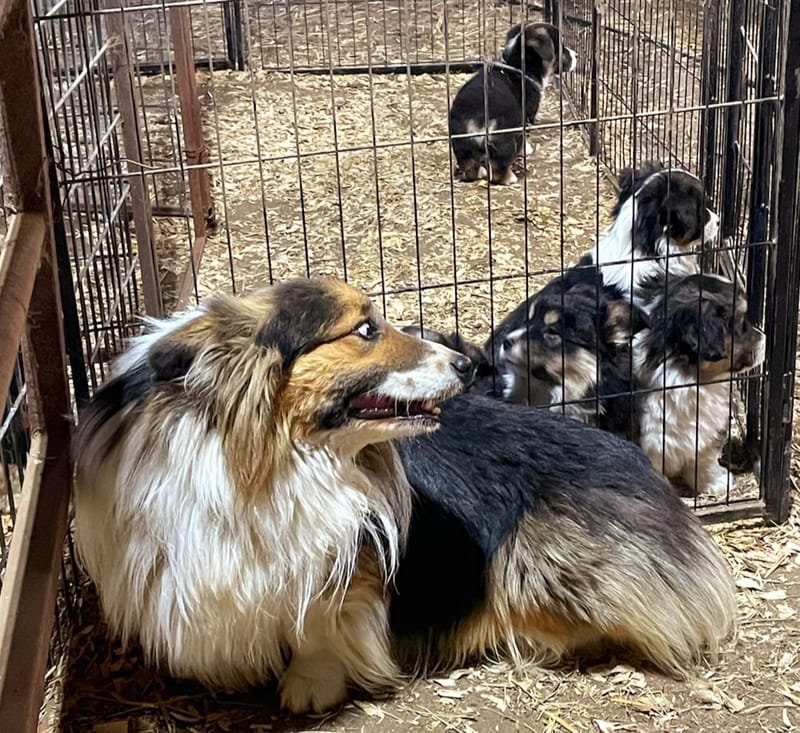 Degenerative Myelopathy (DM) is a progressive disease of the spinal cord in some older dogs. The disease has an insidious onset typically between the age of 8 and 14 years old.  It begins with a loss of coordination (ataxia) in the hind limbs.  The affected dog will wobble when walking or drag their feet.  This can first occur in one hind limb and then affect the other.  As the disease progresses, the limbs become weak and the dog begins to buckle and has difficulty standing.  The weakness gets progressively worse until the dog is unable to walk.  The clinical course can range from 6 months to 1 year before dogs become paraplegic.  If signs progress for a longer period of time, loss of urinary and fecal incontinence may occur and eventually weakness will develop in the front limbs.  Another key feature of DM is that it is mercifully not a painful disease.

Exercise-Induced Collapse (EIC) is an inherited neuromuscular disorder affecting Pembroke Welsh Corgis. EIC presents as exercise intolerance in apparently healthy dogs. Affected dogs are usually diagnosed before two years of age and appear normal during low to moderately strenuous activity. However, shortly after 5-20 minutes of strenuous exercise affected dogs will begin to walk with a wobbly, uncoordinated gait that often only affects the hind limbs. Dogs remain mentally alert and are not in pain during episodes of EIC. In some circumstances, the symptoms of EIC can progress to full body weakness with low muscle tone (flaccid paralysis), confusion, loss of consciousness, seizures and very rarely, death. The episodes typically last 5-10 minutes and most dogs will completely recover within 15-30 minutes.

Von Willebrand Disease (vWD) is a genetic disorder that prevents normal blood clotting and can cause extended bleeding following injury or surgery.  The disorder results from a deficiency or lack of sufficient von Willebrand factor (vWf) which functions as a binding protein during blood clotting.  Three types of vWD have been identified in dogs to date and are known as vWD type 1, 2 and 3. Von Willebrand's Disease type 1 (vWD1) results in reduction in normal levels of vWf to approximately 5-10% of normal.  Since some vWf is produced in dogs homozygous for the vWD1 mutations, this form of the disorder is considered to be less serious than type 2 and 3.  The mutation (G >A substitution) has variable penetrance and is recessive requiring two copies of the mutation in affected dogs.  Typical symptoms of the disease encompass exessive or abnormal bleeding following injury or the presence of blood in various secretions (urine, feces, etc.)

The tests will provide one of three results for breeders testing their dogs:

1.) CLEAR - dog does NOT HAVE the mutated gene; therefore, cannot pass it on or get the disease.

2.) CARRIER - dog has one copy of the mutated gene and can pass it on but NOT get the disease.

3) "AT RISK" - dog has two copies of the gene and stands a risk of actually developing the disease as well as passing it on to offspring.

An "At Risk" test result, however, does not guarantee the dog WILL develop the disease. Research is continuing, hoping to discover what "triggers" the gene to cause the disease to develop.

We are in an ongoing process to test all of our breeding stock. We will post the results as they are released. At that time, if we need to contact previous puppy buyers of possible genetic issues, we will do so. We will do our part to make the best breeding decisions to not produce a dog with both genes at risk to develop this horrid disease.